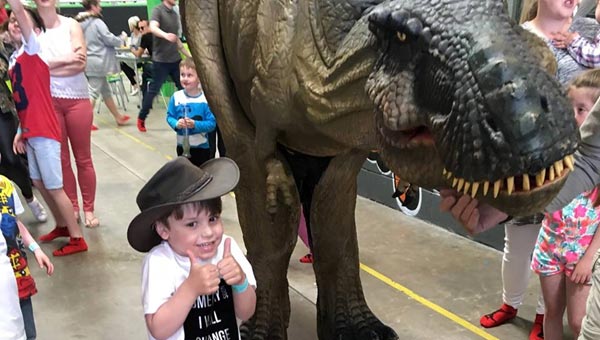 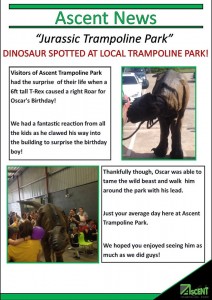 Recently we had the pleasure of hosting the birthday party of the current WBO Intercontinental and British Champion Brian Rose’ son Oscar!

Brian ‘The Lion’ Rose was our special guest for the opening of the park back in March and decided to use the park to celebrate his son Oscar’s 5th Birthday
Everybody had a fantastic time during the party however, it was after the party the kids really did ROAR!

Oscar was asked to open the roller shutter door as he had a ‘friend’ on the other side…As the door slowly opened it was evident this wasn’t your average attendee! First it was the huge legs, and then a massive swinging tail and then…We was all astonished to see a giant Tyrannosaurus Rex.

Rex’s trainer then then put a lead on him and let Oscar give him a full tour of the trampoline park before he posed for pictures with all the park attendees.

Thanks for your visit Rex! And we all hope Brian and Oscar has a fantastic time.